A Night At The Opera (Half Speed Mastered) - Queen (LP) 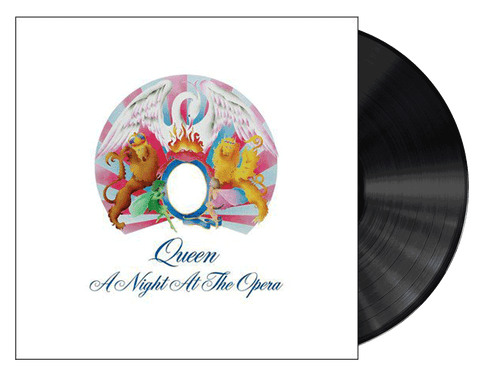 A Night At The Opera (Half Speed Mastered) - Queen (LP)

Queen’s fourth and probably best known album, was recorded in England between August and November 1975. Such was the complexity of the compositions that no less than six different studios were employed with the band members often recording various parts simultaneously in order to work most efficiently and get through it all. The sessions were long and grueling and spanned four long months. Once again the band produced the album with trusted collaborators Roy Thomas Baker and Mike Stone, and what emerged was a genuine triumph on all levels, meticulously pieced together to make the best possible album.