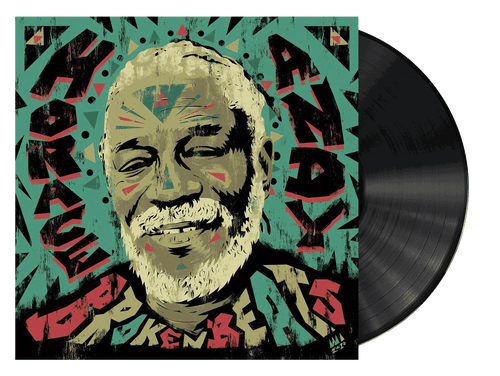 Horace Andy's voice is an instrument that once heard is never forgotten, regardless of whether you first hear it on one of the numerous Jamaican reggae singles that he recorded during the 70s or like most people on one of the Massive Attack albums he collaborated on as a vocalist. His falsetto and his characteristic slow-motion vibrato breathed life into tracks like Spying Glass, Cuss Cuss, In The Light, Skylarking or (You are My) Angel, ensuring that they still continue to resonate deeply with listeners.

His vocal style influenced countless root singers and the combination of his timbre with Massive Attacks spartan hip hop beats still inspires legions of fans and copyists all over the world. Horace Andy is also a true personality, a man you never forget: a warm, friendly man who combines consciousness with an open mind, and who almost always seems to be smiling. He is one of the most influential, widely-travelled and famous singers of his generation and his career has proved to be blessed with an exceptional longevity, despite the occasional ups and downs.

Horace Andy is the only singer to feature on every Massive Attack album. Although his merits as a roots reggae singer go back to the 70s, Horace Andy has always loved experimenting: he recorded two albums with the British dub master Mad Professor (who also transformed Massive Attacks Protection into No Protection); for a track on the Inspiration Information series by Strut Label he let house master Ashley Beedle work with his voice. Echo Beach has now picked up on this tradition and the much older tradition of versioning by asking friends of the label to rework Horace Andys classic tracks in their own sound outfit. But this time the label hasn't trawled old Studio One tapes for historic vocal snippets that would sooo nineties; no, Horace Andy personally put in an appearance to sing new versions of his classic tracks on top of timeless and contemporary riddims.

In The Light - Horace Andy (LP)

Flesh Of My Skin Blood Of My Blood - Keith Hudson (LP)