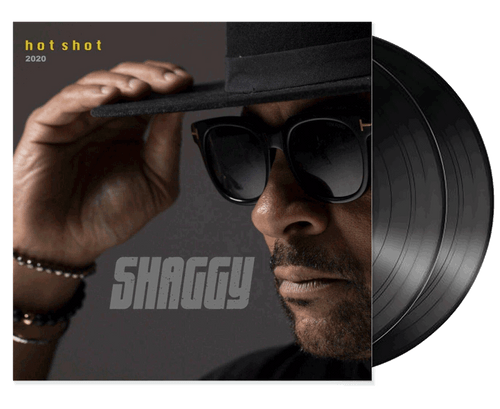 To celebrate the 20th anniversary of Shaggy’s diamond-selling album, Hot Shot, a brand-new album entitled Hot Shot 2020, featuring updated versions of the biggest hits and most beloved fan favorites across Shaggy’s catalog, along with a number of never-before-heard tracks.

Throughout the new album, Shaggy showcases the boundary-breaking musicality and world class songwriting chops that have made him a global phenomenon. In shaping the album’s modern sound, he paid careful attention to the rhythmic component of each track, often introducing elements of trap, electronic music, and modern-day hip-hop. As a result, Hot Shot 2020 unfolds with a complex and commanding sonic palette—heavier beats, harder-hitting drums, potent bass lines—all the while preserving the spirit and integrity of the original versions.

While Shaggy’s exuberant side shines on many of Hot Shot 2020’s tracks—including an electro-meets-dancehall reworking of his platinum-selling single Boombastic - the album also spotlights his undeniable sensitivity on songs like Strength of a Woman.