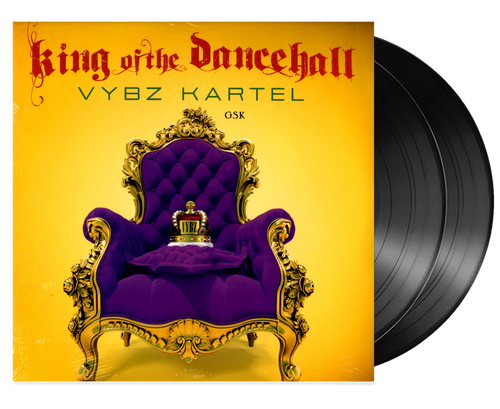 King of the Dancehall contains never before released tracks from Vybz Kartel, all recorded by the prolific artist before his incarceration. The tracks have been carefully completed by renowned dancehall producer Linton 'TJ' White of TJ Records, with whom Kartel has established a solid working relationship over the years. Kartel says, "We're imploring the fans to go out and support the album, not just for Vybz Kartel's sake but for the sake of DANCEHALL. Let's show the world we can still pull some big numbers in our genre too." Having garnered praise for his lyrical prowess, the true King of the Dancehall.