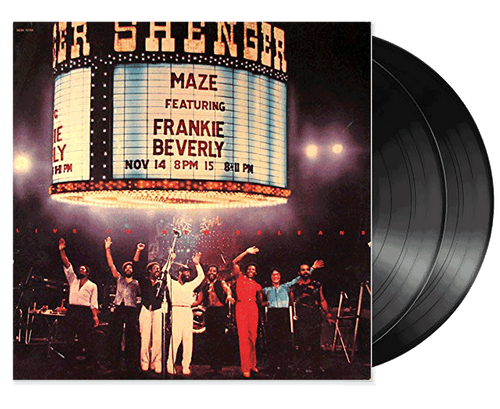 Originally from Philadelphia and discovered by Marvin Gaye, the band formed a special bond with the city of New Orleans, where they closed the annual Essence Fest for more than 20 years. The album features not only extended live versions of their top 10 R&B chart hits "Feel That You're Feelin'" and "Southern Girl," it includes the definitive live versions of album cuts "Look At California" and "Joy And Pain," their biggest song that was never a hit single, in a thrilling audience sing-along.

Track Listing
Side A:
Introduction / Maze / Live In New Orleans
You
Changing Times
Joy And Pain
Side B:
Happy Feelin's
Southern Girl
Look At California
Side C:
Feel That You're Feelin'
The Look In Your Eyes
Side D:
Running Away
Before I Let Go
We Need Love To Live
Reason

This Is Jamaica Ska Presenting The Ska-talites - Various Artists (LP)

I've Got It Covered - Barry Biggs