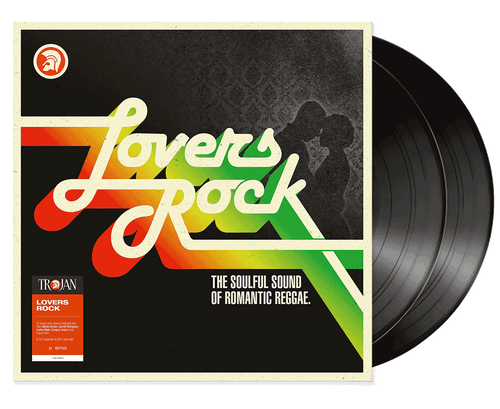 The first British reggae sub-genre to achieve ‘outernational’ success and influence the music of Jamaica, lovers rock was a dominating force in the UK scene, from the mid-Seventies through to the close of the Eighties. Developed largely as a counterpoint to the more militant style of roots reggae, the romantically-themed genre was heavily influenced by the styles of US R&B and the predominantly soulful Jamaican rock steady sound of the Sixties.

Despite the style achieving mainstream success with a number of major UK chart hits, lovers rock received scant attention in the mainstream media until the screening of Steve’s McQueen’s award-winning 2020 BBC TV series, “Small Axe”, the highlight of which was an aptly titled episode that paid tribute to the style and its impact upon British culture. Since then, interest in the genre has continued to grow internationally and reflecting this trend comes this handsomely packaged 2xLP gatefold vinyl album.

Comprising 25 of the most popular and influential recordings in the style, the collection includes works by such legendary British performers as Janet Kay, Carroll Thompson and Louisa Mark, alongside established Jamaican reggae royalty, notably Gregory Isaacs, Dennis Brown, John Holt and Sugar Minott. With its focus firmly upon the best-loved romantic reggae sounds of the Seventies and Eighties, this essential collection of dancefloor favourites provides the most authentic representation of lovers rock sounds yet to see issue.