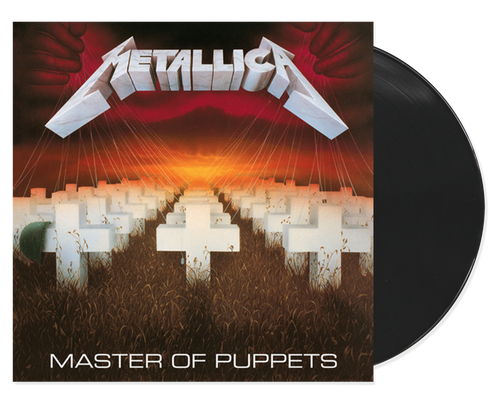 Remastered 180-gram Vinyl Pressing
Featuring "Master of Puppets," "Battery" and "Welcome Home (Sanitarium)"
Voted No. 1 Greatest Heavy Metal Album of All Time in Rolling Stone reader's poll
Master of Puppets was originally released on March 3rd, 1986, on Elektra Records and went on to become the first Metallica album to be certified platinum by the RIAA. The album has been certified 6x platinum in the United States and has sold more than 10 million copies worldwide. In 2016, the album became the first metal album to be added to the National Recording Registry of the Library of Congress, an honor granted to works deemed "culturally, historically, or aesthetically significant."

You're Gonna Get It - Tom Petty & The Heartbreakers (LP)