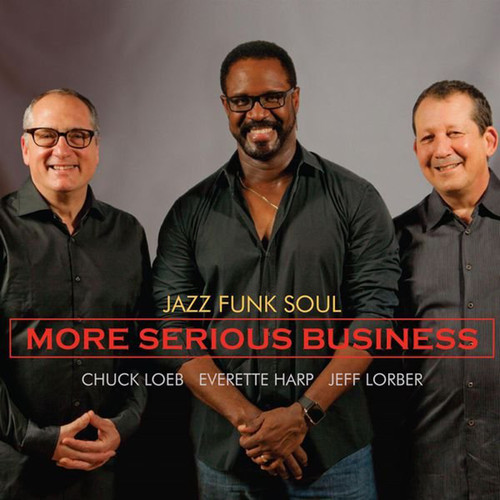 Featuring 3 of the most important hit makers on the scene today: Jeff Lorber, Everett Harp and Chuck Loeb - artists and producers responsible for selling millions of albums and scoring close to 50 #1 Smooth Jazz radio hits! As a touring ensemble, they are wowing audiences from coast to coast.

Jeff Lorber is famous for launching the career of Kenny G and his productions and collaborations with such greats as Dave Koz, Janet Jackson, Lalah Hathaway and Miles Davis. He is one of the most sought after producers and performers in Jazz!

Chuck Loeb is widely regarded as one to the finest guitarists ever. Both as a solo artist and producer and lead guitarist of the iconic group Fourplay, Loeb has amassed an astonishing record of Smooth Jazz hits!

Everette Harp has recorded and shared the stage with such musical giants as Aretha Franklin, Luther Vandross, Billy Joel and Patti LaBelle. A hit maker in his own right, Jazziz magazine hails his "amazing virtuosity" and Jazz Time calls him "a rare talent".

Since Jazz Funk Soul began touring in 2013, the popularity of the group and the audience's enthusiasm has been tremendous.

This brilliant new album was created to satisfy the demand from their growing audience.

More Serious Business is overflowing with soaring saxophone solos, brilliant guitar riffs, super funky piano riffs and incredibly compelling melodies. Highlights include the soon to be hit single, "Triple Play", the sensuous Loeb original "Feeling You", the high spirited romp "And One!" and much more!