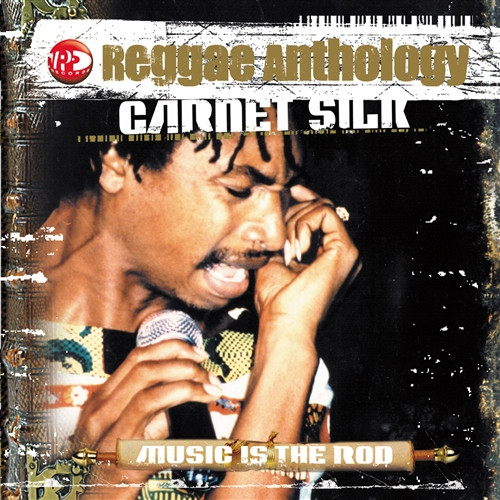 Reggae Anthology: Music Is the Rod commemorates the tenth anniversary of the death of influential dancehall singer Garnett Silk. Since his tragic death at the age of 28, various collections and "best ofs" have been rushed to stores but this two-disc tribute manages to showcase the singer's talent and spirit most thoroughly. It's important to note that Silk was heralded as the next Bob Marley and in the Jamaican music industry, that's no small feat. It wasn't just the obvious connections -- a poor youth, fervent Rastafarian faith, or raw charisma -- that led to the Marley comparison. Like Marley before him, Silk's spiritually uplifting songs triggered a conscious revival amid the violent and "slack" lyrics of the '90s dancehall reggae.

These two discs not only document the luminous, pure singing that Silk used on hits such as "Hello Africa," "Love Is the Answer," and "Fill Us Up With Your Mercy," but also the rapid-fire toasting from his early years as a DJ. "See Bimbo Ya" and "Lion Heart" glimpse the lyrical skill of a young Silk while also hinting at the vocal ability that would later emerge. Music Is the Rod serves as an authoritative account of Silk's musical legacy.