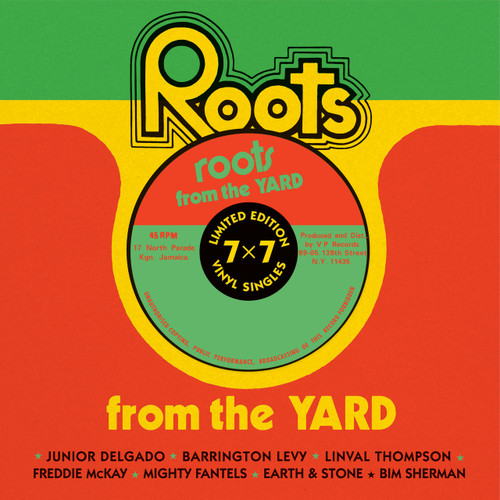 Record Store Day 2019 EXCLUSIVE celebrating 40 years of VP Records
Roots From The Yard presents some of the earliest output from Vincent & Pat Chin’s US based enterprise, VP Records. Along their journey, the Chins grew from a Kingston, JA based used record re-seller to the celebrated Randy’s Record Mart and recording studio, at the center of the 1970’s reggae explosion. And here, as the family and business have migrated to Jamaica, Queens, they were forging new ground as an import/ export distributor and label.
“We didn’t want everything we put out to be all VP, VP...” Miss Pat (Pat Chin) reminisces “so I had this idea to create different names, different labels so people could have a variety - they could see different colors, have different flavors.”
As well as a variety of reggae flavor, these sides each contain amazing stories about the progression of the music, its stars, musicians and producers of the day and the newly formed company that would synthesize the growing movement in Jamaican popular music.