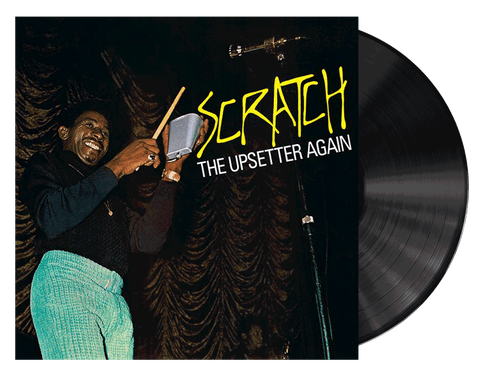 "Scratch The Upsetter Again surfaced early in 1970 as a largely instrumental set, but with dreamy reverb a hefty feature and keyboards veering away from standard organ motifs. Dave Barker, who was soon to hit the pop charts as part of Dave & Ansel Collins, tackles The Shirelles' 'Will You Still Love Me' in soul reggae mode, only for Perry to shift things towards the emerging dub spectrum with 'Take One.'

"As Perry inched ever closer to the dub experimentation he would turn into an art form at his own Black Ark studio later in the decade, Scratch The Upsetter Again shows him moving away from the standard approaches of his competitors in his quest to test the very limits of recorded sound. And reggae was all the richer for it."