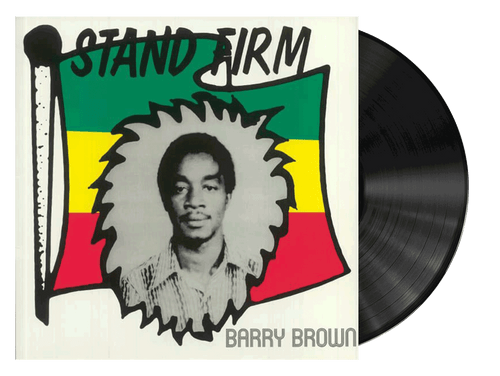 Radiation Roots present a reissue of Barry Brown's Stand Firm. One of a handful of singers that straddled the divide between the late roots phase and the emerging dancehall style, Barry Brown was gifted with a distinctive high tenor that rendered his voice immediately recognizable, making a lasting impression whenever heard. His lyrics had wit, grit, and feeling, since he often spoke of the harsh realities of Jamaican ghetto life, and equally addressed the aspirations of its inhabitants and the good times they enjoyed, frequently emphasizing the irresistible pull of a soundsystem dance in his recorded work. Features the Aggrovators as the backing band. Mixed by Scientist.