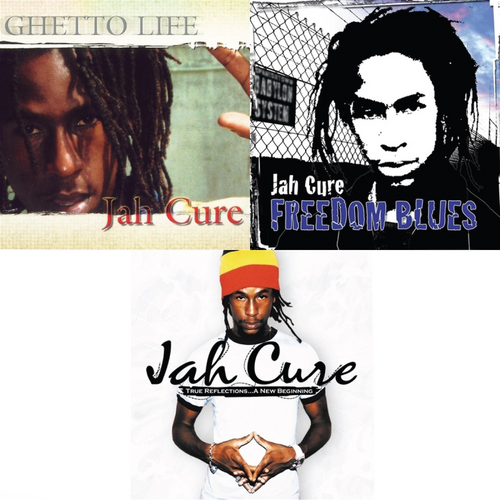 As the countdown to the new Jah Cure  album begins, this is a special offer Jah Cure fans won’t want to miss. The Jah Cure /VP catalogue has some of his earliest recordings and biggest breakthroughs…

Ghetto Life,  produced by Beres Hammond and released in 2003 introduced the world to this unique voice. The album includes “Western Region” and  “King In The Jungle” featuring Sizzla.  Freedom Blues from 2005 was compiled during Cure’s time prison and includes the heartfelt performances of a man in hard times including “Troddin The Valley” and “Sunny Day.” True Reflections was released in 2007 (just before Jah Cure’s release from prison). The album showcases stirring performances from a man who, having ‘paid his debt to society,’ longs for a new life. The album includes the smash title track (written by Duane Stephenson), “Longing For” and “To Your Arms of Love.”

Get all three albums to complete your Jah Cure collection – or give a friend the gift of real reggae music!