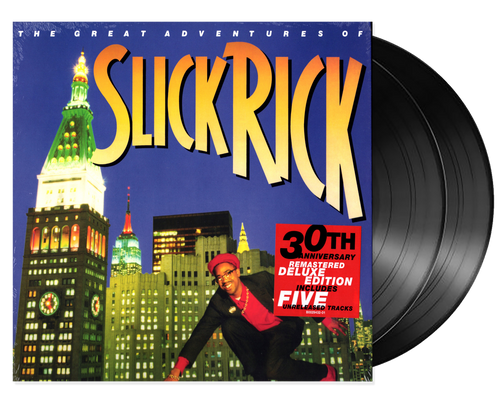 HE GREAT ADVENTURES OF SLICK RICK (30th Anniversary Deluxe Edition) adds six previously unreleased tracks, including a brand-new song, demos, and the shelved session recording, plus memorabilia and paraphernalia, and more. The album’s 12 songs, including the classics “Teenage Love,” “Children’s Story,” “The Ruler’s Back,” “Lick the Balls,” and “Treat Her Like a Prostitute,” are joined by: