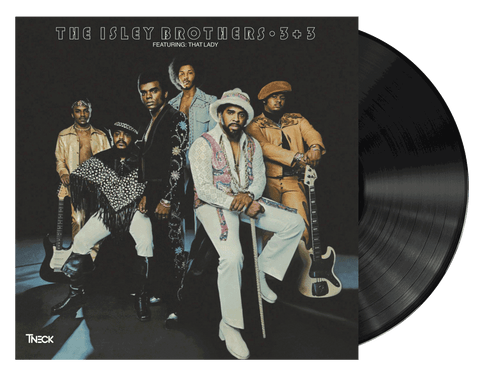 3 + 3 is the eleventh studio album by American musical group The Isley Brothers, released under T-Neck/Epic Records. It marked the first time the group officially included six members instead of three: older brothers Ronald, Rudolph and O'Kelly Isley were joined by younger brothers Ernie and Marvin as well as their brother-in-law Chris Jasper.

The album was very successful, which can be attributed to the successful singles “That Lady”, “What It Comes Down To” and “Summer Breeze”. 3 + 3 ultimately became the band's first platinum album. The album was included in the book 1001 Albums You Must Hear Before You Die and was also ranked #464 in Rolling Stone's 500 Greatest Albums of All Time list in 2020.

This is a limited edition of 1500 numbered copies on crystal clear vinyl.