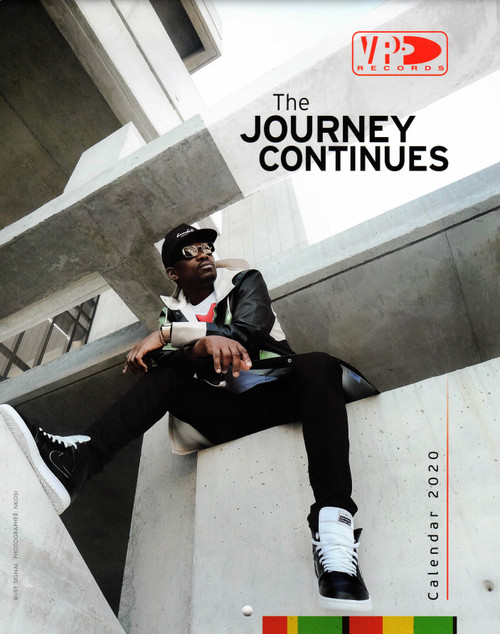 The Journey Continues: VP Calendar for 2020 highlights artists who have current projects and releases scheduled for 2020, crossing generations and genres and pointing to the future of reggae, dancehall and beyond.

Inside our calendar features the Reggae Trail. New York is the first phase of a VP Records initiative to tell the story of the growth of reggae in key cities around the world.  The Trail is a map of past and present record stores, recording studios, performance spaces, and the people who helped make the music an integral part of the life in important urban center. The trail also tells the story of the growth of Jamaican and Caribbean immigrant communities. The trail started in New York for Record Store Day 2019 and includes VP top record stores that bought the music to the people starting in the early 1960's. This includes VP Records, which moved from Kingston, Jamaica, to Brooklyn and eventually Jamaica, Queens in the late 1970's, becoming a major distributor and label in the global spread of reggae and dancehall.  After more than 40 years, VP Records' flagship store is one of the oldest continuously operating records stores in the Northeast.