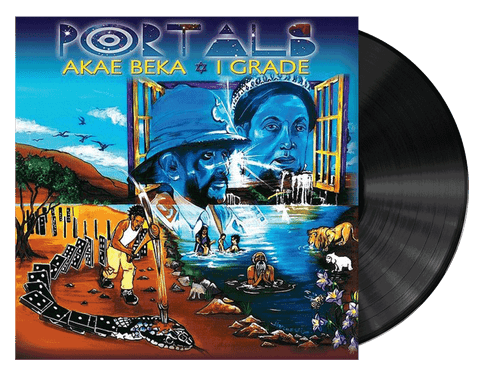 Portals takes you even deeper into those ethereal, nebulous spheres which you didn't think exist beyond what can be described as the meditative St. Croix style established by Midnite and Dezarie. Almost two decades have passed, since Midnite's Unpolished and Dezarie's Fya initiated a process of continuous ideological, musical and personal mystification within the manifold and ever-creative space of Reggae music.

More and more, cloudy soundscapes began to grow around clear drum- and off beat sounds, wrapped in mysterious baselines in order to eventually from a melancholic soundscape in which pictorial and symbolic lyrics reason around ancient transcendental truths. In deed, the unique and unusual, singing style of Midnite frontman Vaughn Benjamin has always been crucial to this melancholic and impressionist style, and as Akae Beka, he now represents the current manifestation of deep spiritual Roots Reggae.