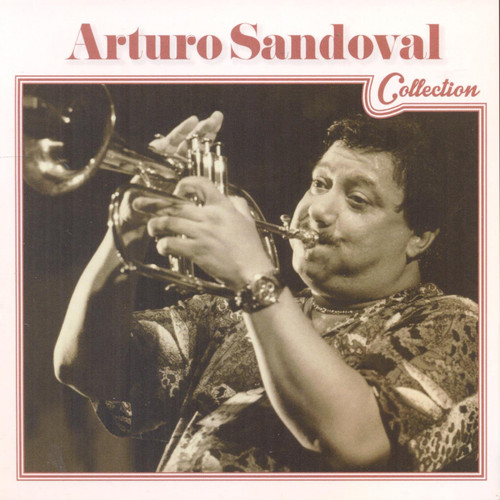 Arturo Sandoval's vibrant and versatile trumpet performances have made him one of the preeminent living jazz musicians and composers, while his personal story has made him something of a legend. His story begins in the late 1970s, when the Cuban-born musician was performing in clubs around Havana. With a bit of luck and a lot of hustle, the 27-year old musician met his idol, Dizzy Gillespie, and soon was enlisted to tour around the U.S. and Europe with the famous trumpeter's band.

The Arturo Sandoval Collection is comprised of selections from the musician's work over the past decade, and illustrates his wide-ranging influences. Sandoval's love of classical music shows through in his 'Pavane Pour Une Infante Defunte (Pavane for a Dead Princess),' which features famed trumpeter Chris Botti, and appears on 2010's critically acclaimed A Time for Love. Several standards from the American Songbook also grace the Collection, including the Johnny Mandell/Johnny Mercer tune 'Emily' and Gershwin's 'I Loves you Porgy.' Tracks from 2007's Rumba Palace transport the listener to the sweaty floor of a late-night Havana club, with tracks such as 'Sexy Lady' and 'Guarachando,' both a perfect ode to Sandoval's roots big band arrangements, lots of horns, call-and-response vocals and upbeat, Cuban beats. Also in the mix are reworkings of several classic Dizzy Gillespie pieces ('Salt Peanuts! (Mani Salado),' 'Birks Works (ala Mancini),' 'A Night in Tunisia (Actually an Entire Weekend!)', arranged by Sandoval with his signature flare, all of which appear in 2012's Dear Diz (Every Day I Think of You), a tribute to the trumpeter's longtime friend, colleague and idol.