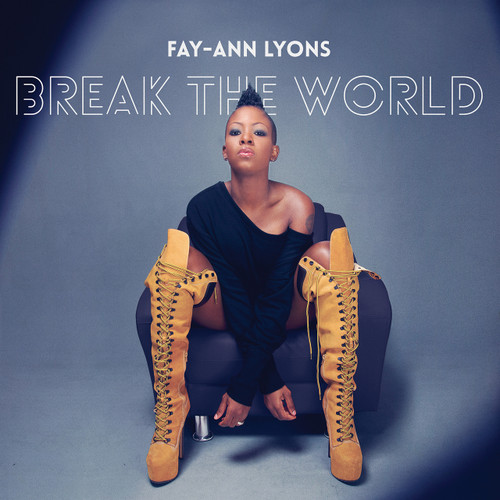 Fay-Ann Lyons is a staple of the Soca music scene and has been producing carnival winning songs for years. Fay-Ann Lyons is the daughter of Soca musicians Superblue and Lady Gypsy. From a young age Fay-Ann has participated and won Road March competitions at the Trinidad Carnival. Fay-Ann is the only female artist to have won Carnival Road March three times, and only the second to attain back-to-back wins in two consecutive years. She is known by such titles as Afu Sefa, the Lyon Empress, Mane the Matriarch and the Silver Surfer, a nickname which she claimed during her performance at the 2008 International Soca Monarch. Fay-Ann is married to fellow recording artist and 'Ragga Soca' star Bunji Garlin . Together the pair have increased the global visibility of Trinidad's greatest export; SOCA music. Breaking new ground is what Break The World is all about. The fifteen track album showcases Fay-Ann's hottest recent tracks with her latest entrees for 2017 Carnival "High Heels" and "Air Supply."