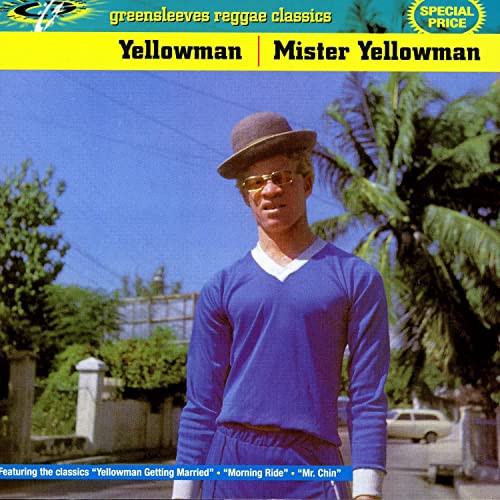 In the early 1980s, Yellowman pretty much ruled the dancehalls, only Josey Wales and Charlie Chaplin were a threat, at least until a small, furry rodent -- Eek A Mouse -- scurried onto the scene. And as different as these four DJs were, they did share one thing in common, studio time with producer Henry "Junjo" Lawes, the man behind some of their greatest recordings.

Mister Yellowman was the DJ's first album with Lawes, and remains one of his best. Backed by the seminal Roots Radics and Earl "Chinna" Smith's Hi Times band, the deep roots that both created were further finessed by Lawes into a simmering stew of dancehall-inflected rhythms shot through with dub. Thematically, Yellowman drifted between boasts about his appeal to the opposite sex and vignettes on everyday life, many delivered with a sly humor that was the secret to his success.

Track Listing
1. Natty Sat Upon the Rock
2. Lost Mi Love
3. Mister Chin
4. Two to Six, Supermix
5. Morning Ride
6. How You Keep a Dance
7. Jamaica a Little Miami
8. Yellowman Getting Married
9. Duppy or Gunman
10. Cocky Did a Hurt Me