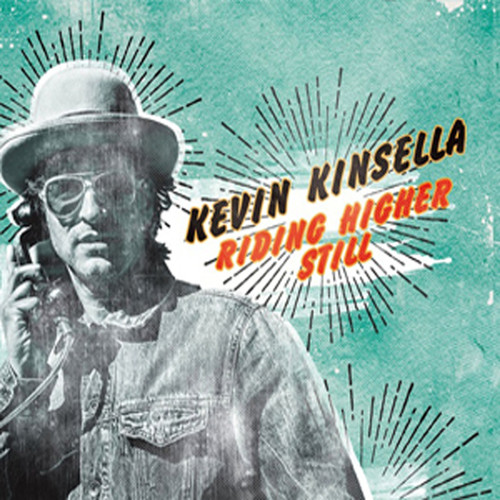 Not many can boast such a musical career as Kevin Kinsella. He has founded two highly-honored reggae bands, performed with many famed musicians and most recently he has released a ream of solo records. Kinsella, who discovered reggae at the age of 12 for the first time, continues to crave a variety of musical settings, as outlined by his illustrious career. Twenty-seven years ago, then fifteen year old Kevin Kinsella was just heaving his Marley-driven aspirations into the local reggae scene with The Tribulations. In his off-time performing & writing with 10 Ft. Ganja Plant, Kinsella has been focusing on his own aspirations as a solo artist. In his solo career, Kinsella has been known to infuse elements of the folk and acoustic genres into his easy-listening writing style. His 2011 release, Great Design even included a cover of the once-great Ring Of Fire by Johnny Cash. Riding Higher Still however, is the manifestation of his career as a true devotee to modern Roots Reggae music. The album features ten unprecedented songs, meaning ten different exploitations of  Kinsella’s creative spirit and soul.

Ride With You - Lumidee (7 Inch Vinyl)