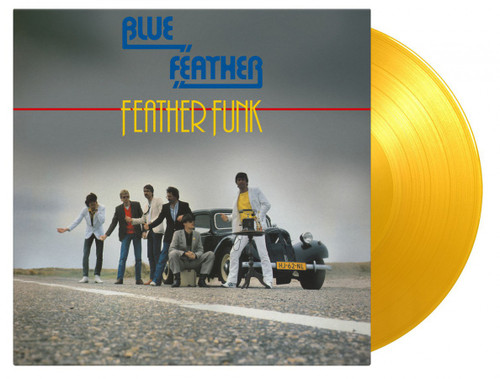 Dutch soul and funk band Blue Feather was founded by brothers Ed and Ronald Brouwer in 1976. Soon Jan Willem Weeda, Dirk Nusink and Rob Hoelen joined and together they developed a mix of quality 80's funk/disco, a unique sound for a Dutch band. The first single “It's Love” came out in 1980, but it was the 1981 released double a-sided 12-inch with the long versions of “Call Me Up” and “Let's Funk Tonight” that gave the band success. Due to their rising success, record label Phonogram decided that an album needed to be released promptly. This resulted in their first full-length album Feather Funk in 1982. The album was recorded in Wisseloord Studios and features all three singles.

Feather Funk is exclusively available for Record Store Day 2022 and is available as a limited edition of 750 individually numbered copies on translucent yellow coloured vinyl.

On Through The Night (Blue Translucent Vinyl) - Def Leppard (LP)