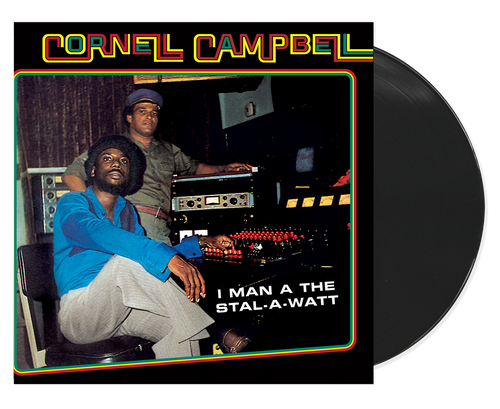 Cornell Campbell’s I Man A The Stall-A-Watt collects 13 tracks on one vinyl LP, highlighting the singer’s prominence in the golden era of reggae from the early 70s to early 80s. The title is a boast from the early soundclash era when many of Campbell’s tracks, here produced primarily by Bunny Lee, would play first on King Tubby’s Home Town Hi-Fi in Ja-maica. The songs run the range from clash-ready standards like “Mash You Down” and “The Gorgon” to cultural com-mentaries like “Jah Jah Me Horn Yah” and “Bandulu” to a lover’s masterpiece, “The Investigator,” which leads off the set. Stretching into the early 80s, the collection includes two originals that would spawn countless reinterpretations, “Rope In” and “Boxing Around.”

I Man A The Stal-a-watt - Cornell Campbell