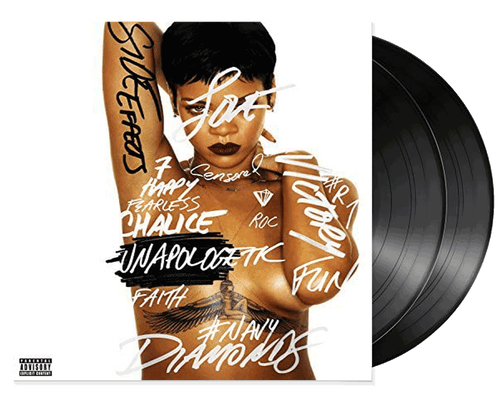 Unapologetic, the Grammy-winning seventh studio album by Rihanna, was released on November 19, 2012, by Def Jam Recordings. The album marked her first to debut at #1 on the Billboard 200 and highest-ever sales total at 238,000, producing seven singles including. Unapologetic took home the Grammy Award for Best Urban Contemporary Album, Rihanna's seventh. Continuing with it's vinyl campaign UMe will be releasing this title on a stunning 2LP gatefold for the first time.