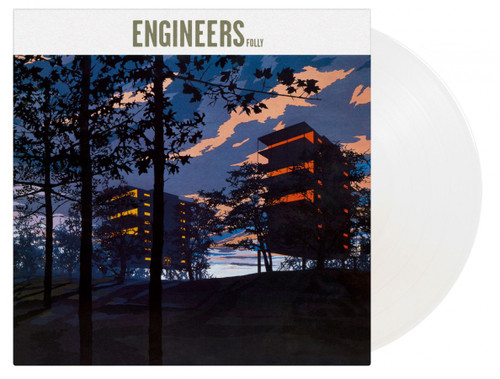 British shoegaze band Engineers were formed in 2003 by Mark Peters, Simon Phipps, Dan MacBean and Andrew Sweeney. The band often cites Cocteau Twins, Spiritualized, and Slowdive as direct influences. In September 2004 the mini-album Folly arrived, preceded by the featured single 'Come In Out Of The Rain' a week prior. The mini-album also featured a cover of Tim Hardin's 'If I Were A Carpenter'. Folly will be exclusively available for Record Store Day 2022 as a 10'. This mini-album will be limited to 1000 individually numbered copies on solid white colored vinyl. *10" in 3mm sleeve* *RSD 2022 sticker*

Track Listing
Side A
1. A Given Right
2. Forgiveness
3. Come In Out Of The Rain
Side B
1. If I Were A Carpenter
2. Nature's Editing
3. Pictobug