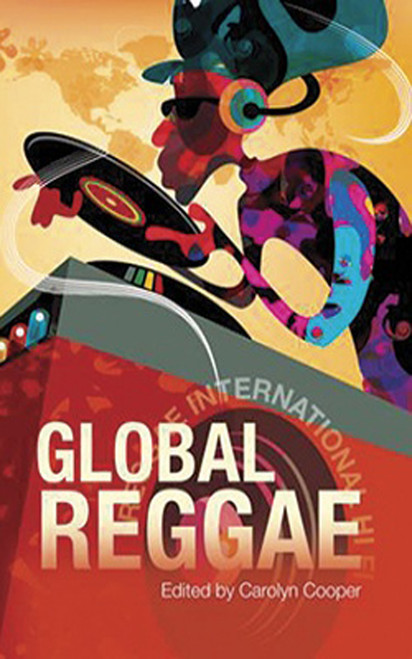 Carolyn Cooper is Professor of Literary and Cultural Studies, University of the West Indies, Mona, Jamaica, and 1992, she initiated the establishment of the university’s International Reggae Studies Centre. Her publications include Sound Clash: Jamaican Dancehall Culture at Large and Noises in the Blood: Orality, Gender and the “Vulgar” Body of Jamaican Popular Culture.

These plenary lectures from the “Global Reggae” conference convened at the University of the West Indies, Mona, Jamaica in 2008 eloquently exemplify the breadth and depth of current scholarship on Jamaican popular music. Radiating from the Jamaican centre, these illuminating essays highlight the “glocalization” of reggae – its global dispersal and adaptation in diverse local contexts of consumption and transformation.

The languages of Jamaican popular music, both literal and metaphorical, are first imitated in pursuit of an undeniable “originality”. Over time, as the music is indigenized, the Jamaican model loses its authority to varying degrees. The revolutionary ethos of reggae music is ranslated into local languages that articulate the particular politics of new cultural contexts. Echoes of the Jamaican source gradually fade. But new hybrid sounds return to their Jamaican origins, engendering polyvocal, cross-cultural dialogue.

From the inter/disciplinary perspectives of historical sociology, musicology, history, media studies, literature, anthropology, sociology, cultural studies, the creative/cultural industries and, above all, the metaphorical “life sciences”, the contributors to this definitive volume lucidly articulate a cultural politics that acknowledges the far-reaching creativity of small-islanders with ancestral memories of continents of origin.

The globalization of reggae music and its “wild child” dancehall is, indeed, an affirmation of the unquantifiable potential of the Jamaican people to reclaim identities and establish ties of affiliation that are not circumscribed by the Caribbean Sea: To the world!