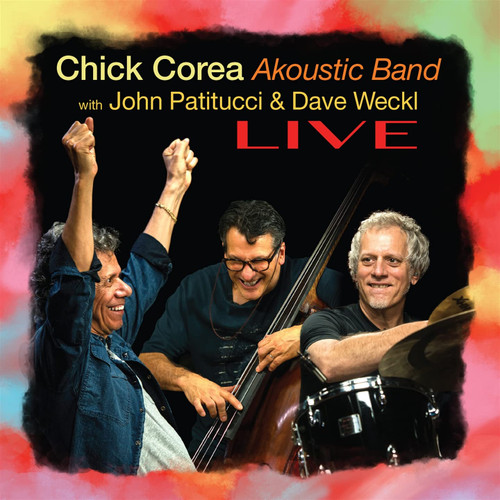 With his Elektric Band in full swing in the `80s, Chick created its perfect complement: the Akoustic Band. With Elektric Band veterans John Patitucci on upright bass and Dave Weckl on drums, the group carved a totally new path in the world of the piano trio: the kinetic interplay of all three members honed on high-velocity Corea originals. As a follow-up to the Akoustic Band's Standards & More (1989) and Alive (2007), this third album was recorded live during the band's 2018 tour. 2 CD Digi-Pak.

WHO'S WHO IN JAZZ/GOOD TIME RECORDS