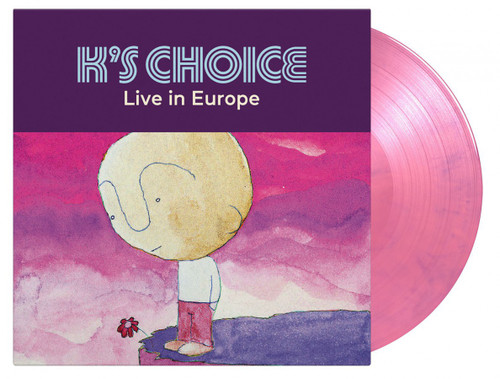 Live In Europe was originally included as a bonus disc with the CD Almost Happy in 2002 and is now available on vinyl for the first time. Live In Europe contains 15 songs, recorded during concerts in Netherlands, Belgium, France and Germany - including “Not An Addict”, “Everything For Free”, “God In My Bed”, “Winter”, “If You're Not Scared” and many more well-known and lesser known fan favourites.

This is an exclusive Record Store Day 2022 release and is available as a 20th anniversary edition of 1000 individually numbered copies on pink & purple marbled vinyl.