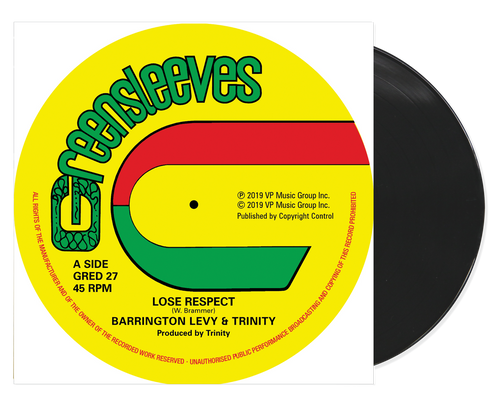 • First time re-issue for this golden age righteous rastaman business from Barrington Levy & Trinity. In the rockers’ era, Trinity cemented his place as the number one DJ scoring countless hits and becoming almost an almost essential ingredient on the onslaught of discomixes from yard.
• Moving into production with his own Flag Man label this 1979 crucial combination killer with Barrington was also the first in a long parade of the Mellow Canary’s12” hits for Greensleeves Records.
• Flip features a peel off the wallpaper soulful in a lovers style lick of Since You Are Gone / Give Love A Try from Roman Stewart & Trinity to rival the previous and much loved versions by Delroy Wilson, Pat Kelly & David Isaacs.

Since You're Gone - Roman Stewart & Trinity

Build The Ark (3LP) - The Upsetters(Lee Perry And Friends) (LP)