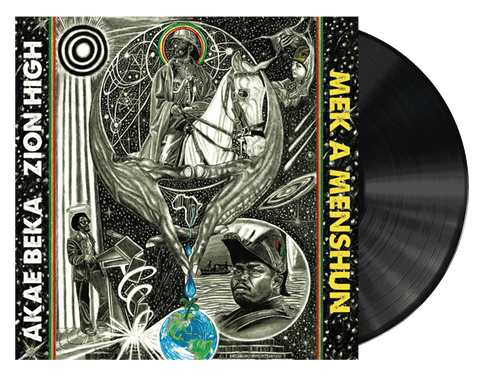 The stellar production trinity that is Zion I Kings have been involved collectively and individually in creating some of the most highly regarded contributions to the vast Akae Beka catalogue. The timeless songs of 'Mek A Menshun' amply reward the listener who can penetrate into the mystical musical realms of Rastafari. Longtime fans of Midnite and Akae Beka will note that Vaughn Benjamin's singing on 'Mek a Menshun' reached new heights of melodic delivery and emotional intensity. Coupled with his always poetic and insightful lyrics, these 10 original songs rank among his best recordings to date. The title track 'Mek A Menshun' includes vocals by Protoje Grammy (R)-nominated artist.

Originally released digitally and on CD, this LP is now being released for the first time on as a 12" vinyl LP courtesy of Before Zero Records.