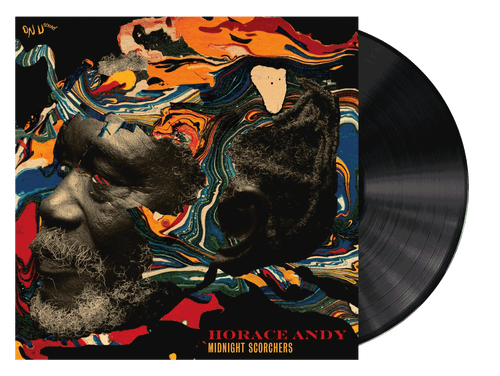 A companion album to the critically acclaimed Midnight Rocker, this is Adrian Sherwood’s ‘sound system’ take on the original sessions. Featuring new tracks; radical dancehall re-works with MC interjections from Daddy Freddy and Lone Ranger; and stripped back instrumental version excursions in classic dub reggae style. Continuing the series that Sherwood began with Heavy Rain, his re-working of Lee “Scratch” Perry's Rainford album, Midnight Scorchers is both an essential sequel to Midnight Rocker as well as being a powerful album in its own right.

Track Listing
Side A
1. Come After Midnight
2. Midnight Scorcher
3. Away With The Gun And Knife
4. Dirty Money Business
5. Sleepy’s Night Cap
Side B
1. Feverish
2. Ain’t No Love In The Heart Of The City
3. Dub Guidance
4. More Bassy
5. Hell And Back