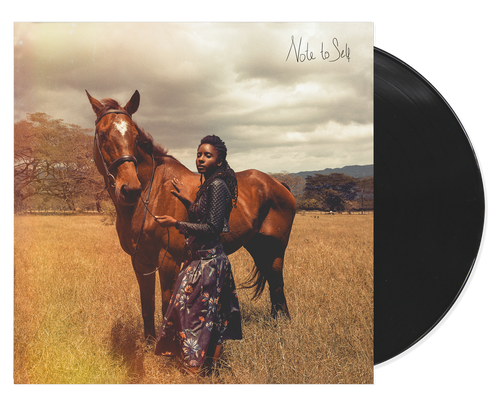 Deeply mystical, Jah9 has emerged from a chrysalis of poetry, dub and spirit to become a powerful femiNINE energy within a universal grassroots movement of consciousness. Inspired by the open spaces in the instrumental dub of 1970's Jamaican roots music, Jah9 sings with a voice that belies the dimensions of her physical body, from a soul much older than its current vessel; "reminiscent of that darkly operatic wailer for truth & justice, Nina Simone." Her philosophy–profoundly spiritual, and her style–Jazz on Dub.

3. Note To Self (Okay) Feat. Chronixx

3. You And I Feat. Pressure Busspipe