The Future Is the Beginning: The Words and Wisdom of Bob Marley 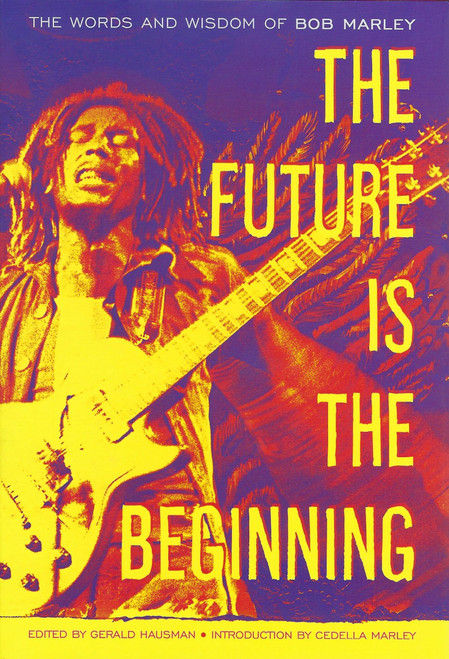 The Future Is the Beginning: The Words and Wisdom of Bob Marley

About the hard cover book:
In this one-of-a-kind collection, edited by Gerald Hausman and with an introduction by Cedella Marley, the words of reggae legend Bob Marley are brought together as a testament to the deeply felt and powerfully motivated sense of spirit of the revered singer-songwriter and performer who helped spread both Jamaican music and the Rastafarian movement across the world.

The texts, many unpublished in book form, were gathered at 56 Hope Road, Kingston, Jamaica, where Bob lived and worked in the 1970s. He would go on to be inducted into the Rock and Roll Hall of Fame, and he also received a Grammy Lifetime Achievement Award and a United Nations Medal of Peace. Marley's compilation album Legend is one of the bestselling recordings of all time, going platinum ten times in the United States and selling twenty million copies worldwide.

Bob Marley's wisdom came not only through his songs but also from his poetic, spoken words. The short selections in this book, which are compiled from interviews he gave over the years, will give readers a true sense of who Bob Marley really was and are bound to inspire them with his timeless message of faith, unity, and love.

"It's Bob, as he was, as he is, as he will always be, talking personally to you."  Gerald Hausman,  from the editor's note.

"My father spoke plain and simple words, the least tricky of all. These came from Proverbs in the Bible and also the folk sayings of the people of Jamaica. He was wise beyond education, beyond information." Cedella Marley.

In The Beginning - Bob Marley