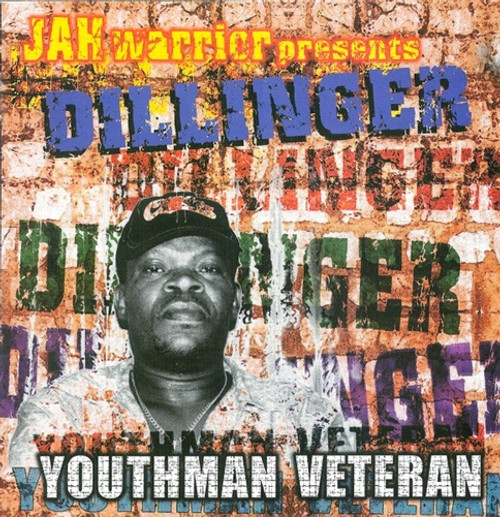 Youthman Veteran is a fitting, if ironic, title for a new album from the legendary Dillinger, who began his reggae career at the feet of Dennis Alcapone (his original stage name, in fact, was Dennis Alcapone Junior) and later chatted in the studio for such top-notch producers as Lee "Scratch" Perry, Joe Gibbs, Bunny Lee, and Yabby You. His latest finds him working in singjay mode with the British producer Jah Warrior, who provides Dillinger with eight of his trademark slabs of digital roots rhythms (and a dub version of each vocal performance, thus turning Dillinger's eight vocal tracks into a 16-track, 60-minute program). For the most part, Dillinger makes good use of Jah Warrior's sturdy rhythms, ably riding both the cultural rockers anthem "No Racial War" and the distinctly nyahbinghi-flavored "Psalm a Day" and updating the sea chanty "Drunken Sailor" on "Drunken Junkies." The album ends with more of a whimper than a bang; on "Poverty" his declamatory delivery sounds like a bad parody of Linton Kwesi Johnson.

You're All I Need - George Banton