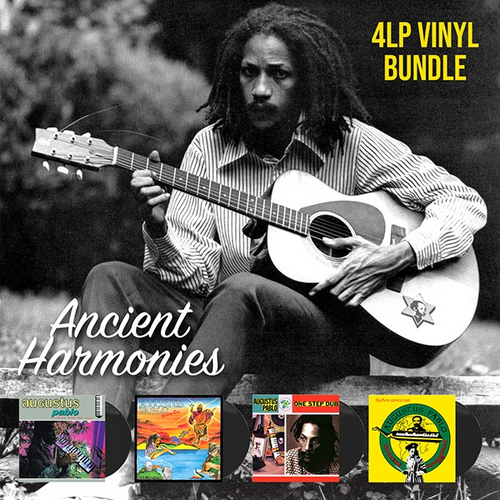 1986 began a new era for Augustus Pablo edging his Rockers revolution into the digital age, In his own words it “mix-up the vibes a little more”. The four Greensleeves albums that form this new collection, (Rising Sun, Rockers Comes East, One Step Dub & Blowing With The Wind), paved Pablo’s journey into a revolutionary new age and brought his far east sound to a whole new audience.

Recorded at Channel One, Tuff Gong, Dynamic, HC&F & Creative Sound with engineers like Scientist, Soldgie, Phillip Smart & Steven Stanley the hardcore steppers and nyabinghi meditations within were keenly embraced by the new age sound system culture and Pablo backed them up with hugely successful tours of Europe and Japan showcasing many of the tunes included here blended with a selection of his original rockers.