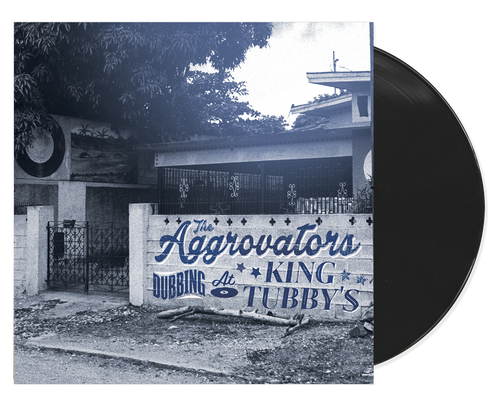 With producer Bunny Lee... (King) Tubby's Dromilly Avenue dub factory has become synonymous with a form that has transformed the soundscape - not just reggae but dance music generally."

The importance of King Tubby's studio to the history of recorded sound is beyond measure and its all-encompassing influence is a lasting monument to the resolute resourcefulness of Jamaica's musical pioneers.

The twenty two dubs here were originally assembled by the Blood & Fire label for three bestselling but long deleted 1990s compilations that are not much sought after. Freshly sequenced and re-mastered "Dubbing At King Tubby's" showcases the mixing skills of King Tubby, Prince Jammy, Scientist, Phillip Smart and Pat Kelly on a drum and bass heavy selection of ground-breaking Bunny Lee dubs.

4. Wreck Up A Version

1. Channel One Under Heavy Manners

5. Dub Is My Occupation

3. Peace And Love In The Dub