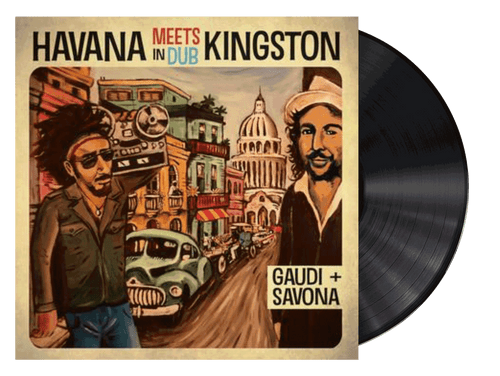 A companion album to the critically acclaimed 'Havana Meets Kingston', this is Gaudi's dub take on Savona's original sessions in Cuba and Jamaica. Recorded at Egrem Studios in Havana (Buena Vista Social Club's studio) and Tuff Gong Studio in Kingston (Bob Marley's studio), this is a world first project bringing music together from both islands. It's a sound-combination that meshes their distinct musical pathways, effortlessly blending Cuban percussion and melodies with reggae's rumbling basslines and roots rhythms, expertly dubbed by Gaudi at his Metatron Studio in London UK, with overdubs and additional mixes from Savona.

This dub masterpiece is both an essential companion album to Havana Meets Kingston, as well as being a powerful album in its own right.