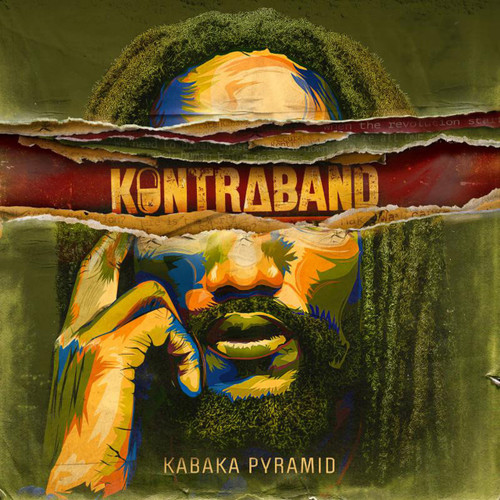 Def.: illegal or prohibited traffic in goods, smuggling; goods or merchandise whose importation, exportation, or possession is forbidden; a slave who during the American Civil War escaped to or was brought within the Union lines (Merriam-Webster Dictionary)

Close your eyes, centre yourself and take a deep breath – it's finally here! Kabaka Pyramid's debut album Kontraband is out, and there's no going around it, nor taking it lightly. Where to start on a feat like that? With the breathtakingly impressive cover-art-work by Qahdir Maharaj maybe, because that's the first thing you see? Or with the executive producer who is none less than Damian "Junior Gong" Marley, a name that in itself guarantees high quality? Best, probably, is to start with the artist himself. In his 2017 interview with colleague Angus Taylor, Kabaka explained that "Kontraband represents me and my music (…). The system and society, they don't want you to have this message (…). Each song is like a different item of contraband, and each is going to break down some walls within the person, barriers that are blocking themselves from true self-expression and individuality."

To All My Relations - Taj Weekes And Adowa