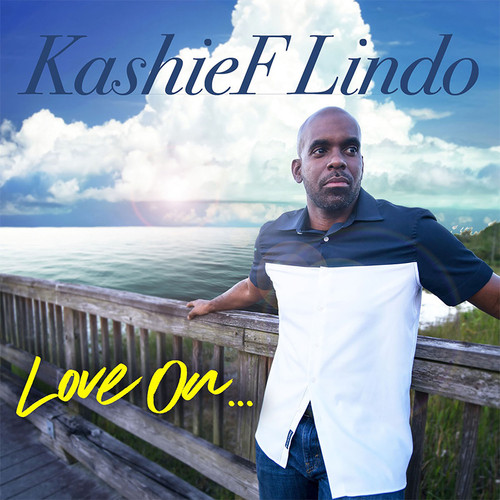 Love On, Kashief Lindo’s first album in nine years, released by Heavy Beat Records. It has 14 songs, produced by his father Willie Lindo.

The singer released an EP, Justice: A Conscious Journey, last year. Unlike that project which had songs with social themes, Love On is strong on ballads. Lead single from the set is Prisoner of Love, originally done by James Brown. The other cover is Goodbye Now Forever, made popular by ska duo The Clarendonians in the 1960’s.

The romance of Love On is a full-scale return to lovers rock for Kashief Lindo who announced his career over 20 years ago with foot-tappers like The First Cut and No Can Do. It is a sound that helped put Heavy Beat Records on the map in the 1980’s. During that decade, the Fort Lauderdale company hit the charts aplenty with songs like I Wanna Wake up With You by Boris Gardiner; What One Dance Can Do by Beres Hammond; I Love You Too Much by Wayne Wade and Inseparable from Dennis Brown.

Keep On Keepin On - Kashief Lindo

Return Of The Super Ape (Remastered) - The Upsetters