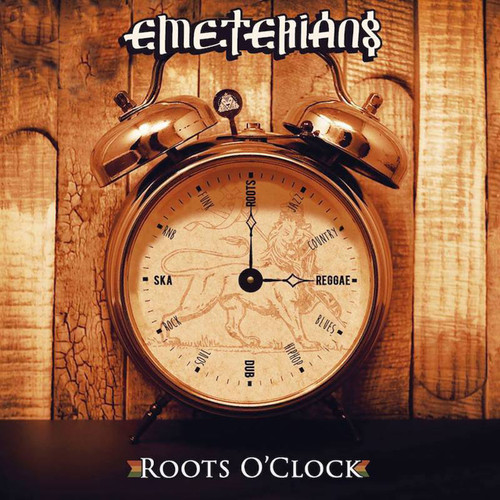 What time is it? For the vocal trio Emeterians, it´s Roots O´Clock...

When it comes to Roots Reggae, European vocalists Emeterians produce some of the best, top quality new music; their classic format putting them on a par with Reggae greats, hence they have played alongside international artists such as The Wailers, Max Romeo, Steel Pulse, Alpha Blondy, Clinton Fearon and Morodo. Madrid is home to Emeterians.

With two major singles already released earlier this year ("Fly with me" feat Clinton Fearon & "Babylon Bridge" feat Ky-Mani Marley), the vocal trio from Madrid strike back with a proper roots album. From songs like "River Flow", a deep roots anthem with a late 70´s feeling to songs like "Roots Reggae Party" with an 80´s kind of vibe and sound. Their positive and conscious message is delivered fully trough out the album with songs like "Hero", describing ordinary hardworking people: everyday heroes... or songs like "Country Life", remarking and paying tribute to Mother Nature. Songs like "Respect" also have a deep message, in this case with the great featuring Saritah, in duo with Sistah Maryjane, demanding respect for all women.

4. Fly With Me feat. Clinton Fearon

True To The Roots

The Magic Touch - The Emeterians