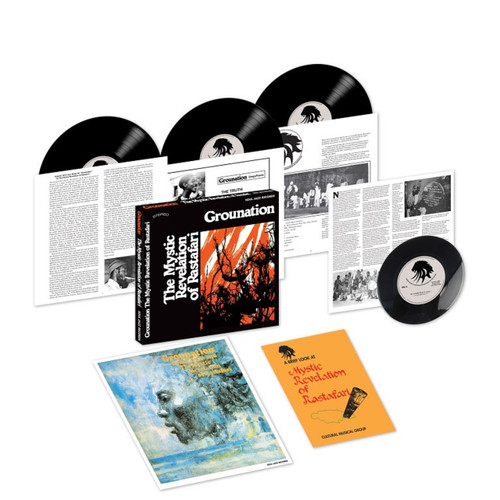 The group's stunning, unique and groundbreaking 1973 album ‘Grounation’, a mighty conceptual triple-album (the first ever reggae triple!) is, similar to Marvin Gaye's 'What's Goin' On', a definitive all-encompassing cultural statement of its time and place. A sprawling album of raw and unique cultural expression that combined Rastafari consciousness with deep spiritual jazz music – an absolute and essential classic of Reggae music.

Soul Jazz Records are releasing this long-revered album in a deluxe triple vinyl edition + 7" single + magazine, with extensive new sleevenotes, photography, exact reproductions of the original text and artwork, and a new interview with founding member Sam Williams (aka Time).