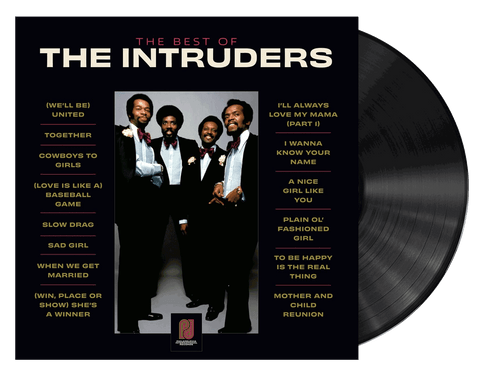 The Best Of The Intruders by The Intruders, to celebrate the 50th anniversary of Philadelphia International Records. The Intruders are an American soul music group most popular in the 1960s and 1970s. As one of the first groups to have hit songs under the direction of Kenny Gamble and Leon Huff, they were a major influence on the development of Philadelphia soul. The Intruders are also noted for having 24 R&B chart hits, including 6 R&B Top Tens, and 14 chart hits in the Billboard Hot 100, including their signature song, the million-selling Top 10 smash, "Cowboys to Girls."